This is a supplement for the Sunday School lesson on May 31, 2020. As Christians, we are to reach out into the world, reach together in our church, and reach up to God's ideal for us.

The Last of the Crazy Weeks, part 2?

Maybe my new normal will be just a little preview information about the Sunday School lesson, the passage, and a link to the Lifeway study guide. Oh, and an applicable Peanuts cartoon strip, of course! 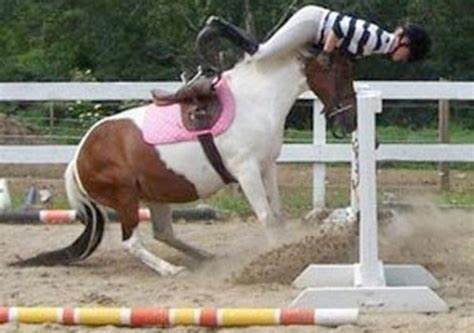 Our Context in Romans

The passage this week is taken from Paul's final words in Romans, namely Romans 15. His closing remarks begin in 15:14 and continue through chapter 16. But chapter 16 is primarily a list of personal greetings which reveals to the church in Rome just how extensive his relationships are with people in their church. They can trust him because these "references" will vouch for him. But I think it's certainly more than that - Paul genuinely loved those people and longed to see them. Find a study Bible and go through that list; the people Paul mentions are people we want to meet in heaven!

But we're sticking with chapter 15 in this lesson. Paul used his closing words toward four ends: (1) unifying the church around their mission to advance the gospel; (2) preparing them for his upcoming visit; (3) highlighting to the church people who were on mission with him; (4) and warning against those who would want to disrupt their unity (and thus take them off-mission).

My brothers and sisters, I myself am convinced about you that you also are full of goodness, filled with all knowledge, and able to instruct one another. Nevertheless, I have written to remind you more boldly on some points because of the grace given me by God to be a minister of Christ Jesus to the Gentiles, serving as a priest of the gospel of God. God’s purpose is that the Gentiles may be an acceptable offering, sanctified by the Holy Spirit.

I don't want to push the teamwork/coach analogy too far, but what Paul is saying here is very much like what a coach says to a young team that is struggling: "You guys have skill, but you need to listen to me as your coach - I know what I'm talking about!" The church in Rome was on the right track, but they weren't ready to "coach themselves". And that's why Paul wrote such a long, detailed, and pointed letter about what Christians should believe and how they should act. That might rub you the wrong way if you didn't know this guy who just dropped the book of Romans on you!

But Paul had the authority to do so, being appointed by Jesus Himself to be the apostle to the Gentiles. It's no coincidence that Paul put this explanation at the end, right before a long list of names of people that the church in Rome probably respected and cared about. "Can we listen to this Paul?" "Yes, we can."

Therefore I have reason to boast in Christ Jesus regarding what pertains to God. For I would not dare say anything except what Christ has accomplished through me by word and deed for the obedience of the Gentiles, by the power of miraculous signs and wonders, and by the power of God’s Spirit. As a result, I have fully proclaimed the gospel of Christ from Jerusalem all the way around to Illyricum.

If anything ruins team unity, it's a team member getting on the podium and taking all of the credit for the win (or passing all of the blame to other people). That's why I love pictures of teams coming together after a victory, or running for a team "hug" after a big score. That's good and healthy.

​And it's the very least of what Christians should do in their church - not take credit for anything good that happened, and not pass blame for anything bad that happened. But that's not just to preserve church unity; it's because it's true! Paul wanted the church members in Rome to take this to heart. If anything good happens, the glory goes to Jesus. If anything bad happens, the glory goes to Jesus. It's all about Jesus.

The Illyricum reference is interesting. Illyricum is the province just East of Italy. In 2 Tim 4:10, we read that Titus went into this region to plant churches. Paul had not gotten that far by the time of this writing. What his wording means is that he had proclaimed the gospel in the entire region between Jerusalem and Illyricum. From the map, you can see that that's a huge region. While he's not saying he evangelized every individual person, Paul is saying that he traveled throughout this region, consistently broadcasting the gospel everywhere he went. That's amazing.

If you're keeping track, you'll realize that this is another great closing statement. What did Paul want these Christians to take away from his letter? The priority of proclaiming the gospel.

My aim is to preach the gospel where Christ has not been named, so that I will not build on someone else’s foundation, but, as it is written, Those who were not told about him will see, and those who have not heard will understand.

Let me not press the team sport image and thus miss the point. This builds directly on the previous section. Christians should boast about Jesus, and we should take the name of Jesus to the ends of the earth. Paul is about to mention his plans to go to Spain (plans which are interrupted by his imprisonment). He wants this desire to rub off on the church in Rome, either so that some might choose to join him, or moreso so they will support his mission financially.

​This is not Paul saying that "building upon someone else's foundation" (i.e. pastoring a church that someone else started) is inferior. It's just not his calling. There is a very particular skill set with respect to evangelizing a new area. There is a set for organizing a church from scratch. There is a set for pastoring a small church. And there is a set for pastoring a large church. I have been around many church leaders; just because you are skilled and called to one of those doesn't mean you are skilled at any other. Paul could have done any of them, and he would have been just fine. But his calling was organizing and strengthening new churches in unevangelized areas. If the church in Rome also believed in that vision, they could and should support his ministry.

​One of many things I'm grateful for our Southern Baptist Cooperative Program is that we fully support our missionary church planters. They do not have to spend months of every year raising funds for their work. Which leads to . . .

Now I appeal to you, brothers and sisters, through our Lord Jesus Christ and through the love of the Spirit, to strive together with me in prayers to God on my behalf. Pray that I may be rescued from the unbelievers in Judea, that my ministry to Jerusalem may be acceptable to the saints, and that, by God’s will, I may come to you with joy and be refreshed together with you. May the God of peace be with all of you. Amen.

This is one of the more important passages in the Bible to us moderns, and most of us pass it by without realizing it. Paul, possibly the most important Christian alive at that moment, has asked a group of Christian to pray that his trip to Jerusalem will be safe and he won't be accosted. Well, the exact opposite thing happened. Think about it - how discouraged can we get when our prayers are not answered? Paul The Apostle's prayer request was utterly rejected. I take two important things away from this: (1) sometimes the answer to a prayer has nothing to do with how hard or how many people are praying for it, or how reasonable the request is. Could Paul have not done great things for the kingdom if he had been able to continue traveling and planting churches? (2) When God doesn't answer your prayer the way you want, and maybe things turn out totally opposite what you think you want, you have to trust that God's bigger plan will use this for the greater good. I don't know what Paul's imprisonment accomplished for the kingdom. Certainly, he wrote a lot of letters and was able to influence Roman leadership. Maybe this forced other Christians to step into leadership roles faster than they may have otherwise. I don't know. But God's bigger plan involved rejecting this prayer request.

Lifeway's title to the section is a bit of a stretch. Paul is simply asking for safety on his journey to deliver a great deal of money (which he has gathered from many churches in the empire) to beleaguered Christians in Jerusalem, and that he can soon come to Rome and be with them. Partnering with others is in the background, but it isn't his point. Regardless, we can safely say that partnership for the gospel is a primary focus in Paul's writings.

​On a historical note, these verses help us identify that Paul was likely writing to Rome from Corinth, on his last big stop before traveling to Jerusalem (for the last time). He does indeed travel to Rome, but not in any way that was refreshing.

God Promises - A Study of Isaiah 7

God Sends - A Study of Isaiah 6